To become an elite throwing athlete, you need to throw … a lot.

Quick, off the top of your head, name me one skill in life where becoming elite at that skill involves …

NOT DOING THAT SKILL.

You want to be a great guitar player? 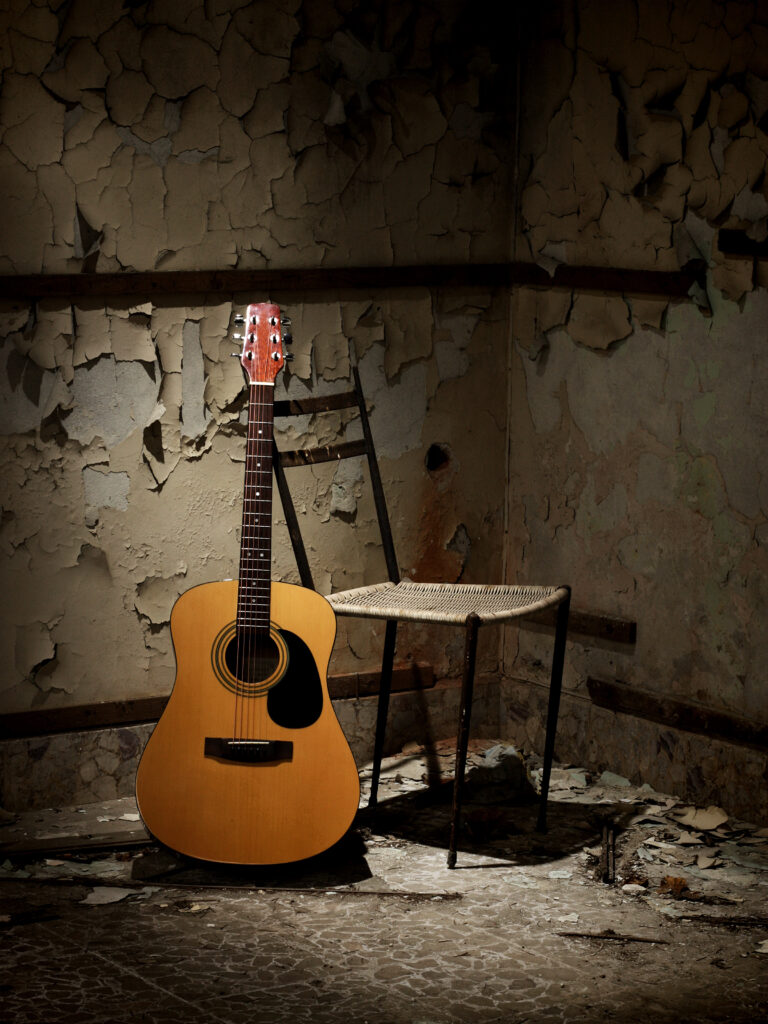 Here’s what you do …

Don’t play guitar too much.

Take three months off every year to give your body time to recover.

You want to be a great chemist?

Don’t do too much chemistry

When you want to do something well, doing that thing a lot seems ridiculously self-evident.

Yet if you ask medical experts and baseball traditionalists about the key to preventing throwing injuries, that’s exactly what we hear.

It stems from what I believe to be a fundamentally flawed assumption — that all throwing injuries are due to OVERUSE.

When the assumption is that OVERUSE is the cause of injury, the natural course of treatment is UNDERUSE.

Take 3 months off every year.

Those were the recommendations, and most of the baseball world fell in lockstep without question.

Programs around the country implemented the restrictions, but to the experts’ surprise, injury rates continued to rise.

When the data showed no impact on injury rates with rest and “overuse” avoidance, the experts doubled down.

“They’re not being obedient … not doing what we said they should do.”

Any coach at any level who allowed a pitcher to go beyond these arbitrary limits was labeled ignorant, irresponsible, reckless, and even abusive.  Governing boards legislated limits that would lead to disciplinary action if breached.

Let’s face it. We’ve been chasing pitch counts and innings limits for nearly two decades, and it doesn’t seem to have had any influence on slowing the injury rate. Yet, we continue to mandate draconian restrictions.

It defies logic, and the laws of physiology.

Davis’s law in physiology states that all human tissue remodels and aligns itself to resist the stress under which it is place. Any tissue with a blood supply is capable of making itself more robust and resistant to injury. However, it must be is exposed to the right stress. The body will always adapt. For positive adaptations, we must add stress to vulnerable tissue. If we withhold stress, we’re sure to get unwanted negative adaptations.

Send an astronaut into space for 30 days. In the absence of gravity, his body adapts negatively. When he comes down to earth, his bones are brittle, and his muscles are weak because he hasn’t been exposed to stress.

The irony is apparent.

In our noble effort to prevent injury by reducing exposure to stress, we may be making our athletes more vulnerable.

We must add stress.

But, we must control that stress, adding it slowly, incrementally, over time.

If we add it too quickly, the tissue will fail. If we add it at high intensity for too long, the body will respond by laying down the most hardened tissue it can muster — bone. The result will be calcifications and/or arthritic spurs.

There is a reasonable limit to how much an athlete should throw. However, that limit should be determined on a case-by-case basis.

Here they are shown in their order of importance. 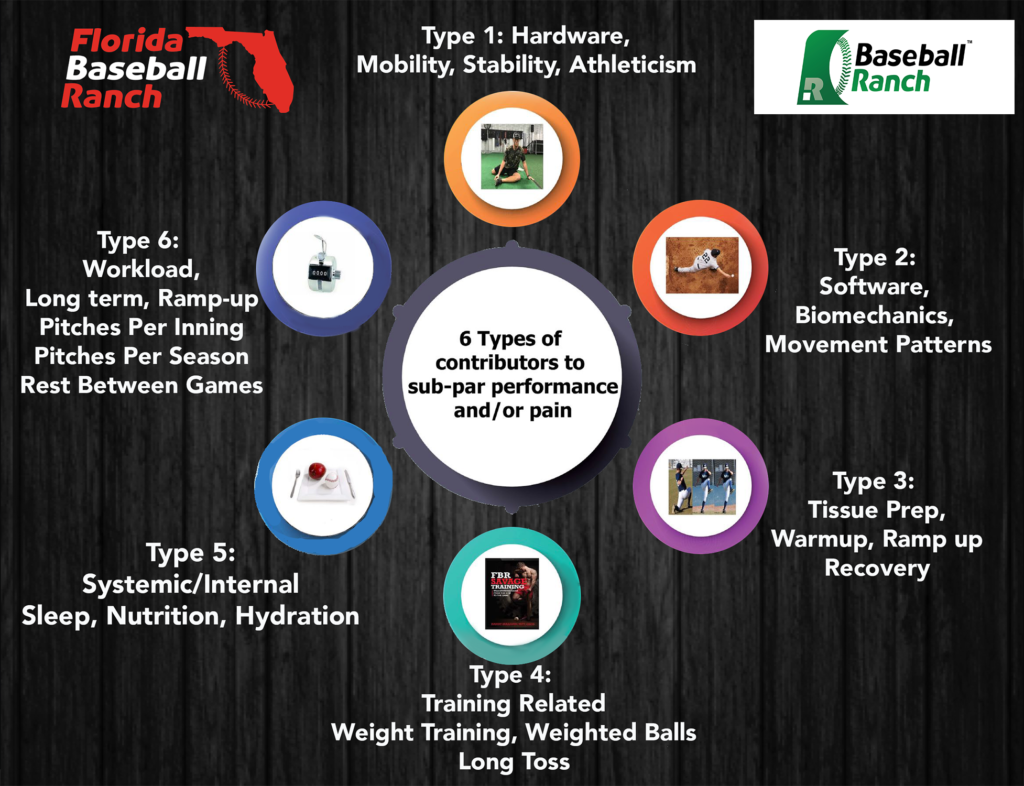 If types 1 thru 5 are right, the pitcher could (and should) throw a lot.

At least 2-3 times per week, we get calls and visits from players whose loving parents are beside themselves.

“I don’t know how he got hurt. He never went over the pitch count.”

Most parents don’t let their son throw too much. However, in many cases, their sons simply aren’t ready to handle even the smallest amount of  workload. They haven’t stabilized the first five types of contributors.

At the ARMory consortium, we want our students to throw a lot, but we also understand that workload must be individualized.  Not everyone is ready to throw a lot.  A couple of years ago, we realized we needed to create a process for objectively measuring and calculating an athlete’s readiness to tolerate high volume throwing.

At the Florida Baseball ARMory, we measure EVERYTHING.  We enter all of that information into a database we keep on an app in our iPads on the training floor. Our analytics department has formulaically quantified and weighted each possible contributing variable.

We combine that information with ramp-up data, pain and recovery audits, and performance-related factors like velocity changes, strike percentages, and ball flight metrics. Then we run that data through an algorithm we developed that produces an on-going Arm Readiness Measurement (A.R.M.). This score ranges from 0 to 100 and allows us to individually predict the amount of work each player can tolerate.

Last fall, the father of one of our 17-year-old students approached me before a training session and said, “Hey, my son threw 90 pitches in a game with his travel team this weekend. Does that seem excessive to you?”

Imagine you’re a college pitching coach, or you run a travel ball organization. You enter a weekend series or a tournament with 10 pitchers. Three have A.R.M. scores of 80 or above. Four are sitting between 50 and 75, and three are below 35.  You’ll need to lean on the 80+ guys to handle most of the innings.  The four in the middle can eat up a fair portion, but the 35 and below group will probably be limited to only a few innings each.  After the series, you can address the discrepancies that led to the lower scores so they can handle more innings in the future.

If you want to improve your velocity, your command, or your secondary stuff, you have to throw a lot. But, before you do, you’d better be sure you’re ready to throw a lot.

We’ll develop a customized training plan that links your hardware to your software, and optimizes your warmup and ramp-up. We’ll write a strength and conditioning program that will aid in your readiness and turbo-boost your development. When you execute your plan, you’ll be able to throw safely and with enough volume to accelerate your progress at warp speed.

And, you’ll do it all without pain!

We’ll be with you every step of the way to guide you through your process. 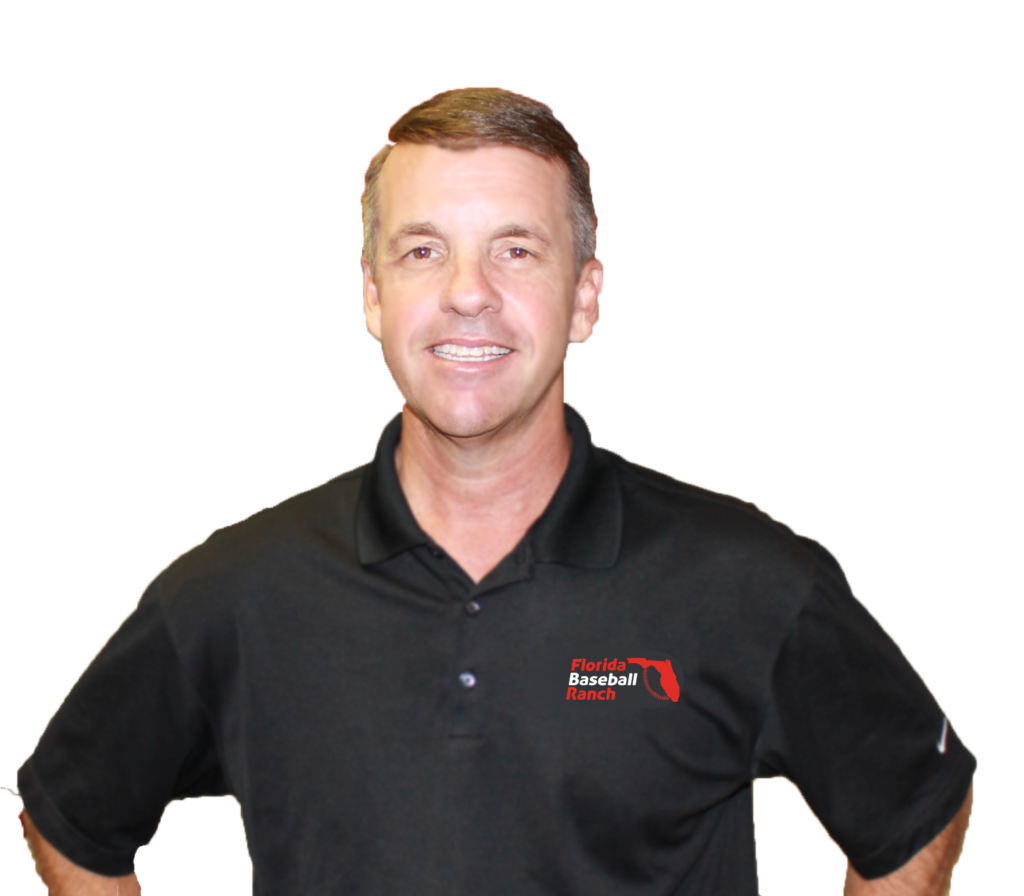